You’ve probably heard of jailbreaking on iOS and rooting on Android. But, if you had to explain to someone what the difference between the two is, would you be able to? Many mobile users think that they are the same thing, and that Jailbreak is especially for iOS and Rooting is for Android.

The one thing they both have in common is they are both used to eliminate restrictions that come with their respective devices. But, have you ever stopped to investigate what the difference between Rooting Android and Jailbreaking iOS is?

See more: How to Fix Delayed Notifications on Android

What is Jailbreaking for iOS? Jailbreaking consists of removing the restrictions that App has out on their iOS devices. With this method, you can get rid of those restrictions and install third-party apps that come from Cydia. The user can also use themes and extensions that In other words, Jailbreaking is a process that allows you to install software from a source other than Apple.

In Jailbreaking a custom kernel is used to give the user root access to the iOS device. You still have to go through iTunes and the App store, but Jailbreaking your iOS device doesn’t affect how it works.

What is Rooting on Android? There is always that never ending battle of how Android is better than iOS. But, when it comes to setting your device free, you can do a lot more on Android than on iOS. With Apple, you can’t make any changes to the source doe, on Android you can.

Since it’s an open source system, when you first get your Android device you can already do things such as Install Themes, Use third-party apps, and you can even install apps from the internal memory or your SD card. So if you want a device that can all that without rooting, you should go with Android.

By rooting your Android device, you naturally gain privileged control, and you leave behind the limitations that OEMSs and carriers put on your device. Unlike iOS, Android is built on a Linux Kernel and that gives its user administrative permissions on their devices.

See more: What You Should Know Before Rooting Your Android

If you want to, you can also remove the entire OS, and you can add what is called a custom ROM. Custom ROMS are basically a tweaked version of the OS. Thanks to these custom ROMS you can do things such as change the processor speed.

If you add a custom kernel to iOS, you can run custom apps. But, if you add a custom kernel to an Android device you can do things such as underclock or overclock the current processor speed. iOS user can’t access the flash memory chip on their iPhone or iPad. But, That’s something Android users can do. Rooting on Android also gives you Superuser permissions and with that certain apps have root rights.

To be able to root an Android device, the Android version has to have a security weakness in the firmware. If one is found, it can be taken advantage of.

Rooting Can Come at a Price

Google has no problems with you rooting your Android device. Many devices are sent with an unlocked bootloader so rooting can be even easier. You are warned that rooting can damage your device if you do something wrong.

If you mentioned the word jailbreak in front of someone from Apple, they would probably have a heart attack since they are completely against it. They only want you to download apps from the official apps store and nowhere else.

The mystery is finally over for you. You wanted to know what the difference is between the two and now you know. Rooting involves and can do a lot more than Jailbreaking for iOS. Android gives you the liberty than iOS can’t or doesn’t want to give you.

Now that you know the difference, does that make you want to switch over to Android? Let me know in the comments. 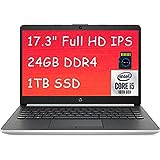 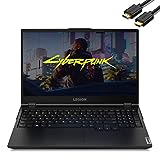 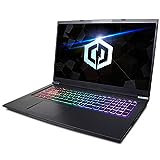